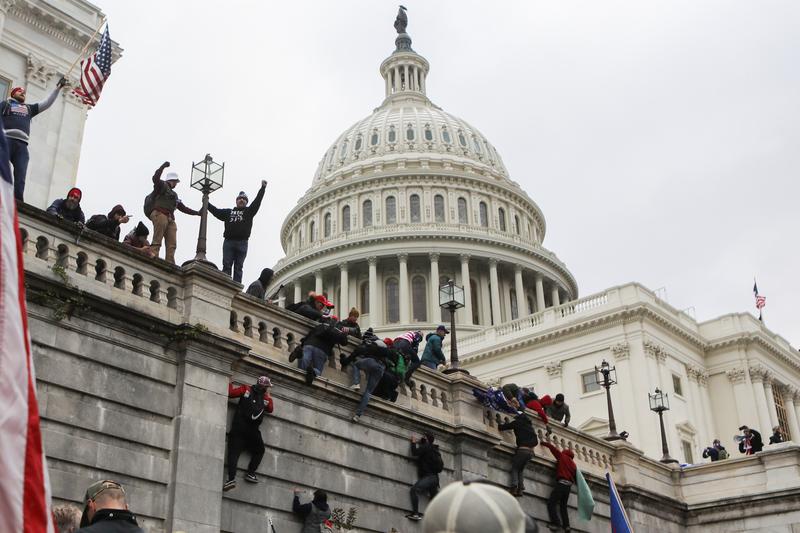 In the aftermath of the US. Capitol invasion on Jan. 6, Christian artists took to social media to condemn the violence and stress the reality of spiritual warfare.

Some people who stormed the Capitol building did so with “JESUS 2020” signs, “In God We Trust” banners and a large cross, drawing condemnation from pastors and evangelical leaders across the political spectrum.

“There are two kingdoms at war,” hip-hop artist Lecrae wrote on his Instagram page. “The empires of man and the Kingdom of God.”

Here’s how Christian artists responded to the events of Jan. 6.

Stressing there are “two Kingdoms at war,” artist Lecrae asked, “Which one has true power? Which one leads people to real freedom? We saw Moses wrestling with Egypt. We saw God fearing Israelites processing how to navigate the Roman Empire.”

The hip-hop artist said he believes God is challenging people to not idolize the empire or the “freedom” it provides.

“None of the world’s empires will last,” he stressed. “The Kingdom will reign forever, with a King who will righteously rule. In chaos or calm our role is to leave a picture of the Kingdom wherever we go.”

“There is a lesson here about what true power looks like. There’s an invitation to listen to the story that God is telling with His voice. There’s a powerful challenge to issue to our hearts about what matters most to us. There’s a message about the seduction of empire, the illusion of control, and the allure of power.”

Lecrae urged his followers, “Don’t take the spiritual realities lightly,” and offered the reminder that the “devil has a plot but God has a plan.”

In a follow-up video, Lecrae issued a call for unity and warned against political nationalism.

“Right now, it’s the empire versus the Kingdom …. and the Kingdom is going to last forever,” he said. “The Kingdom will have a King who will righteously rule. The empire is going to fade away. And I think a lot of people are caught up in the empire right now.”